Hydrogen reduction of iron ore generates H2O instead of CO2,
leading to decrease in CO2 emissions. 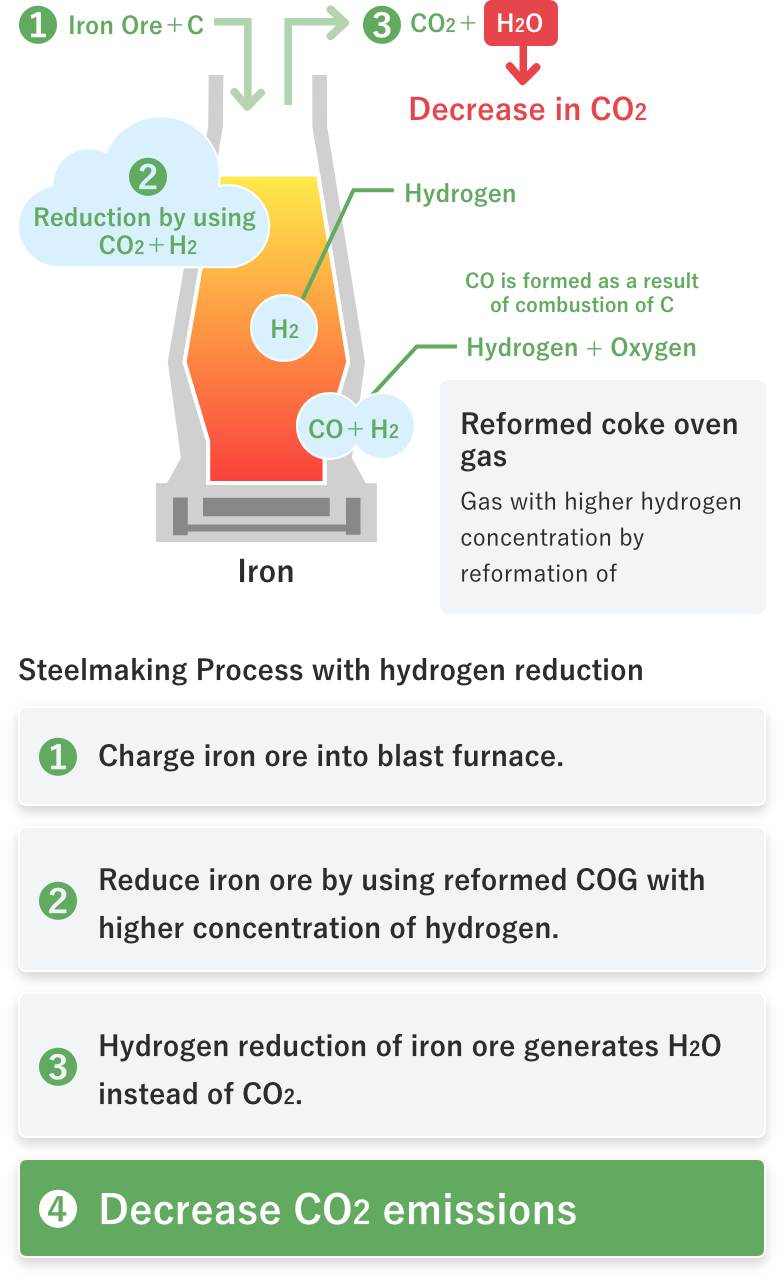 Conventional blast furnace – based steelmaking processes use CO gas to remove oxygen in iron ore.
As CO gas has a larger molecular size, it is difficult for the molecules to penetrate into iron ore. On the other hand, H2 gas, with a much smaller molecular size, can easily penetrate into iron ore with a penetration rate five times as large as that of CO, achieving rapid reduction of iron ore in a blast furnace. 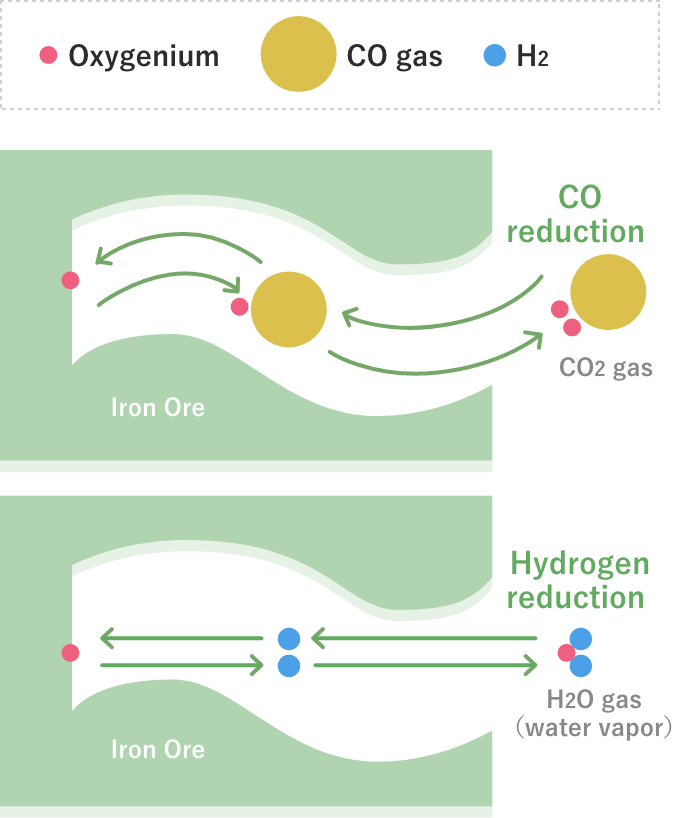 In COURSE50 project, we are aiming for decreasing of CO2 emissions from a blast furnace by 10% or more by promoting hydrogen indirect reduction, which is an endothermic reaction much smaller than carbon direct reduction, and decreasing the ratio of carbon direct reduction. COURSE50 blast furnace are investigating effects of tuyere injection of COG (coke oven gas) generated in the steelworks, hydrogen gas from the outside, which is expected to be much available in the future, recycled top gas injection that is removed CO2 and H2O, and raw material reactivity on carbon consumption rate.

* You can see the figure enlarged. 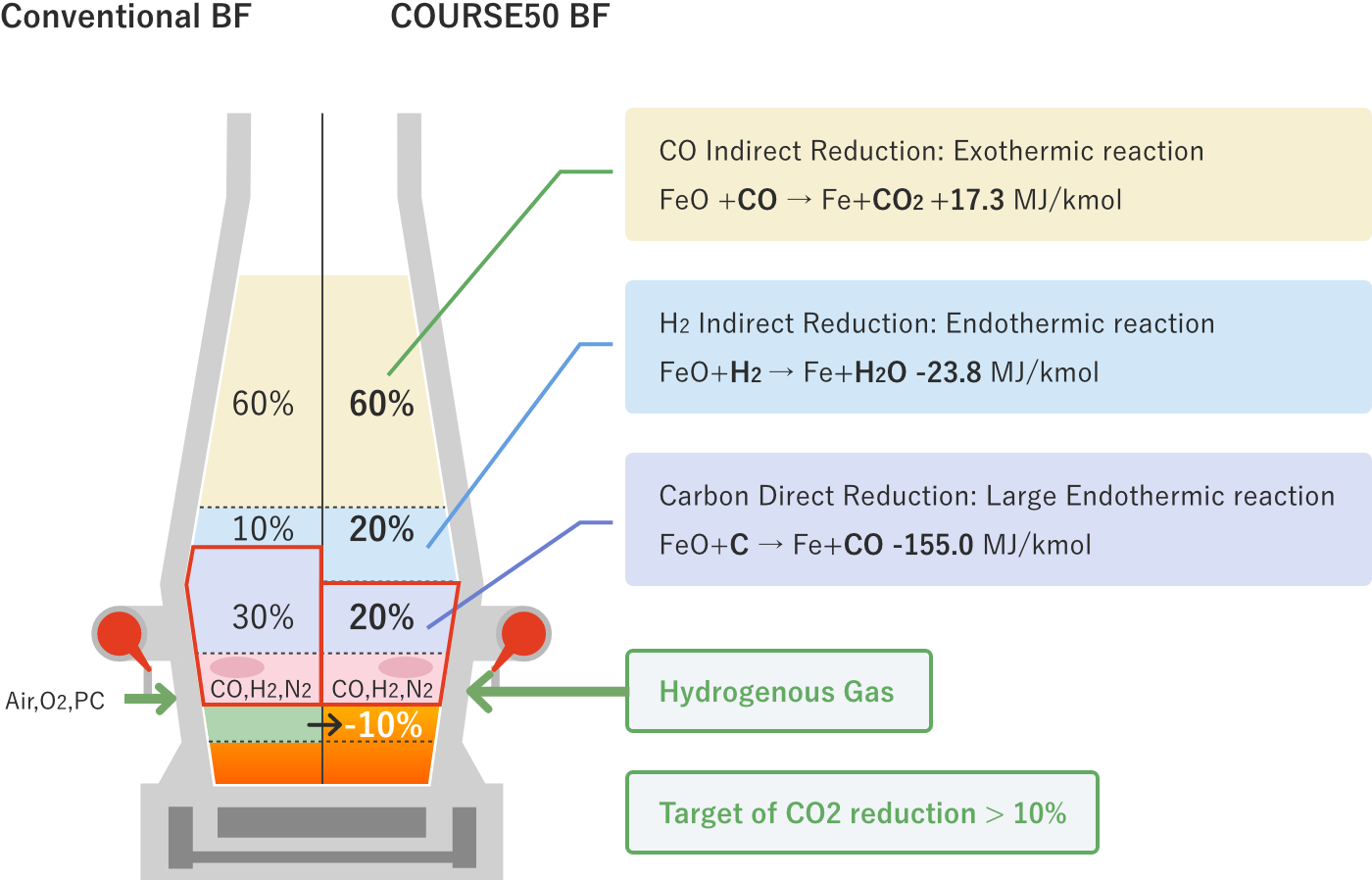 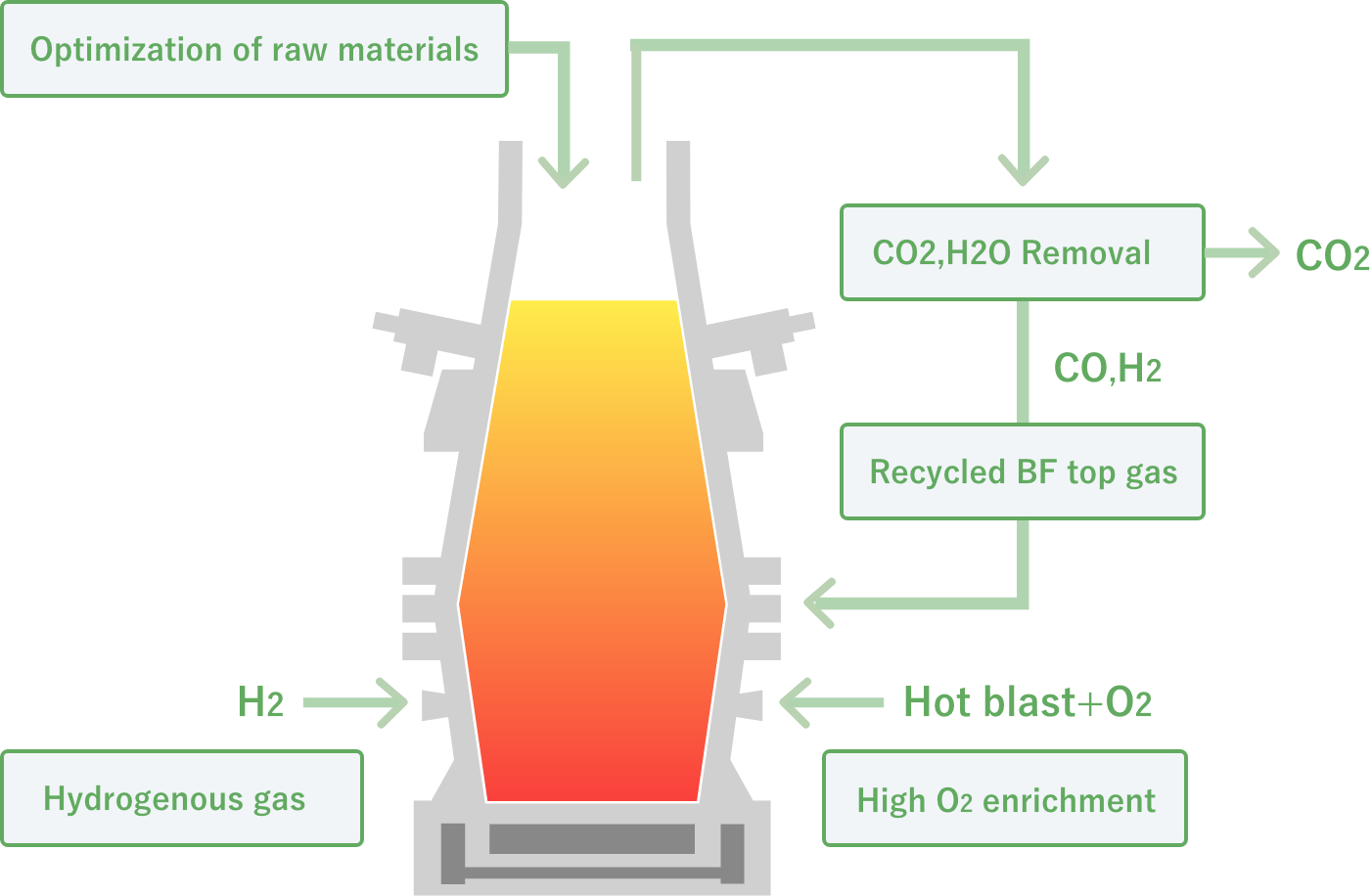 The experimental blast furnace was constructed in September 2015. She is about 20m in height and her inner volume is 12m3. (Her inner volume is about 1/400 of those of major commercial blast furnace in Japan. She is located in the blue building on the far left of the photo). After two hot test runs, experimental campaigns were carried out about twice a year, and nine campaigns were carried out by January 2021.The period of one campaign is about 30 days, and about 40 members divided in four groups work for experiment in 24 hours with three shift.

During operation, the mixture of lumpy ore and sinter, which are the raw materials for hot metal, and coke, reductant agent, are charged alternately from above. At the same time, hot blast and oxygen at about 1000ºC, pulverized coal with a diameter of 75 μm or less, and hydrogen containing reductant gas are blown form three tuyeres which are placed at the bottom in order to reduce lumpy ore and sinter. Also, about 4000kg of hot metal and slag (valuables except iron in lumpy ore and sinter) at about 1450ºC are discharged form one tap hole located in the her hearth once every 2 hours. Various data related with her carbon consumption are collected during about 30 days of non-stop operation. 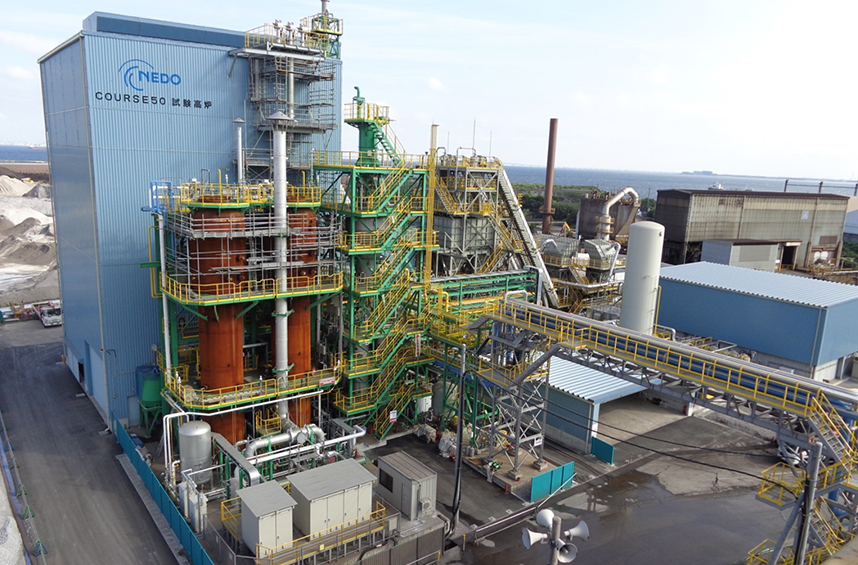 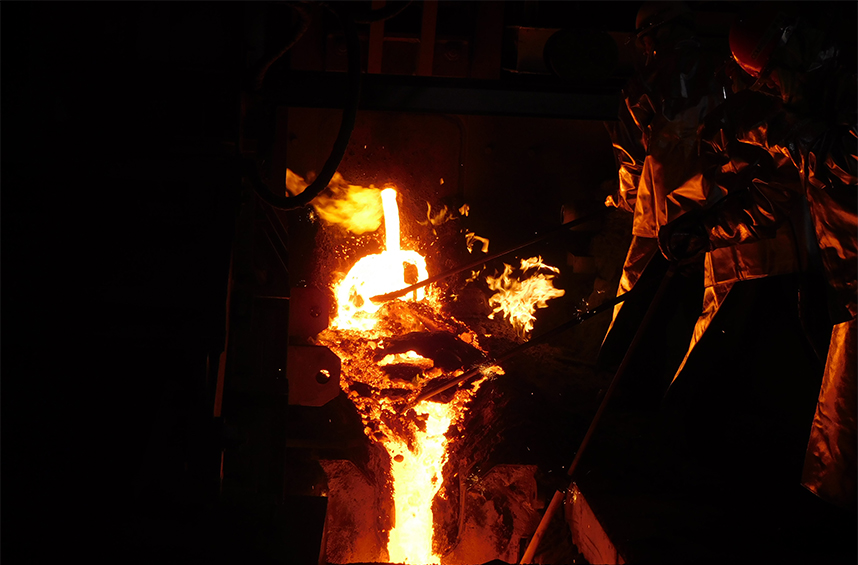 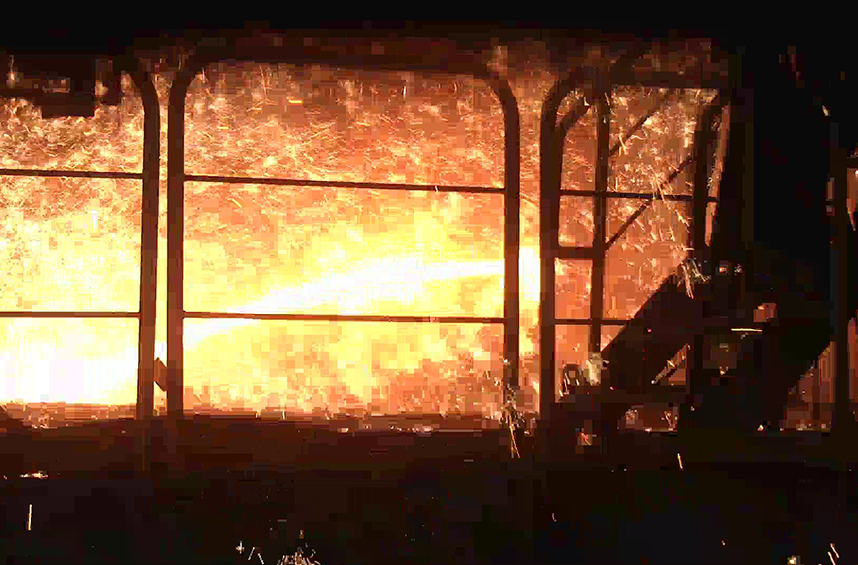 Conventional technology in the world